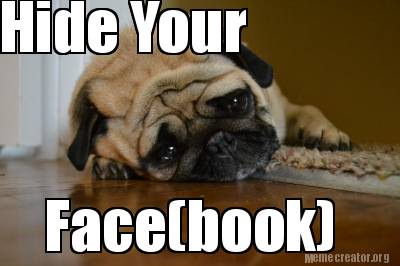 It’s time once again to broadcast the crazier status posts that have appeared on my wall from the collective dynamic known as my Facebook friends and family.

The mom who shared how cute (and brutally honest) kids can be. 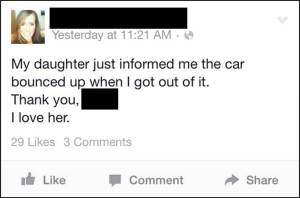 I fist bumped my screen when I read this update and was all “Solidarity, sister. I hear ya.”

The guy who got a wee bit excited about being around little people.

I feel like the wrestlers probably updated their own Facebook walls pointing out how unbelievably stoked this guy was about them.

The guy who decided to participate in a fun game to raise awareness about breast cancer.

Only problem is this campaign didn’t quite take off as much as the ALS ice bucket challenge, so he had to go back and explain himself in a separate update. Too late, man. Too late. 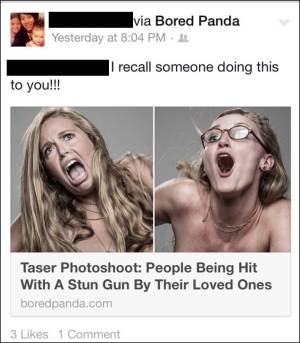 …but also freely admits that her friend/loved one allowed this happen to her (just for fun?)

The woman who was on a mission to preach about gender equality.

The wife who spoke the truth, the whole truth, and nothing but the truth.

She’s a fellow blogger who is not shy so I elected not to protect her identity. Check out more of her deep thoughts at martinisandminivans.

Feel free to join in on the fun by emailing me the crazier status posts that you’ve recently seen on your wall. Take a screen shot and send them to me if you’d like them to appear on Maternal Media. You may reach me at hwpugs (at) yahoo (dot) com.