Archives For 10U softball

Holy crap, how could 10 full months have already flashed before my very eyes? 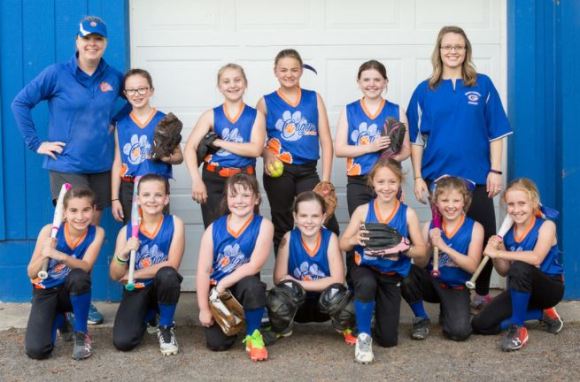 Special thanks to Kiki’s Kaptures for taking team and individual photos this year! Visit Kiki online at http://www.kikiskaptures.com.

I entered this volunteer “job” with a stellar resume – one year being the assistant coach in a recreational coach-pitch softball league. I’m happy to say I only hit one girl that first summer.

I bet you didn’t know that this vast experience automatically qualified me for being named head coach of a more competitive, yet not overly dominated by adults, youth fast pitch softball team. Neither did I. Yet I was offered and accepted this role back in August 2016.

Girls fast pitch softball divides their levels of play into two-year increments. Therefore, the earliest that girls start competing in games where they or their teammates perform windmill pitching in my home state is 8 and under (keep in mind the “under” can be as young as 7 or, GASP!, 6 years old), which is more commonly referred to as 8U. Once girls age out of 8U, they move on to 10U, 12U, 14U, 16U, and finally 18U. A select few move on to play in college and an even more select few play as professionals or (in those years when the sport of softball is included) as part of the Olympic games.

I think the 10U division best suits my personality type and patience level. There have been many moments in life when I wouldn’t mind being that age again, so hanging out with this particular group of girls turned out to be good for my soul. However, I wasn’t sure how the season would unfold back in those first few months last summer. 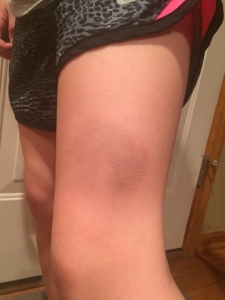 We definitely took some bruises early in the year…literally and figuratively.

Back when I was asked if we would be doing “bumping” practice (translation: one of my girls wanted to know how to bunt). Back when we devoted several hours at three different practices on leadoff timing, only to watch half the team stand like petrified deer completely upright on top of every base with zero clue of what to do once the ball left the opposing pitcher’s hand. Back when not one, but two players, got hit smack in the face by their throwing partners because neither of the pairs knew what in the hell was going on during warmups. Back when I was more concerned about the team as a collective making any contact with the ball whatsoever at the plate versus raising any single individual’s batting average.

Our saving grace is that we had several pitchers who could throw strikes on a consistent basis. It was as if the softball Gods looked down upon me and said, “We will bless you with good pitchers because we realize you don’t know jack about how to teach that.” 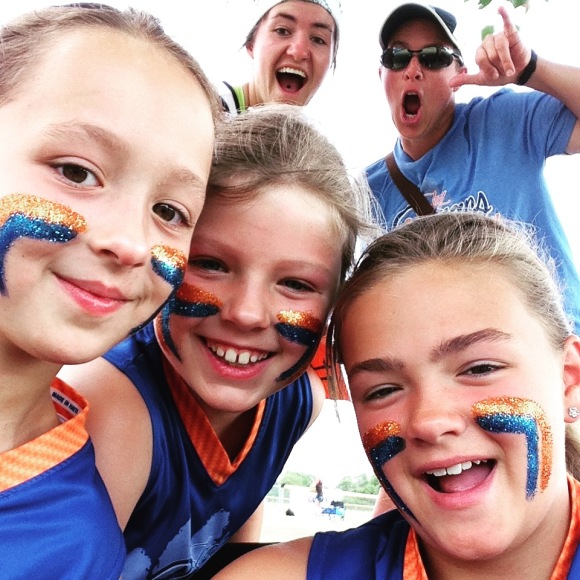 Strong in the eye black category.

For all of the mental and physical player miscues, there were equal if not greater amounts of coaching blunders on my part. Those times when I had to be reminded of the code to get into the hitting facility or practice field because I failed to save a simple reminder on my phone. The times when I frantically texted parents about my anticipated tardiness to practice when my real job ran late. The time when I not-so-subtly reminded an opposing team’s coaching staff about the age of one of the players I was teaching as they barked out their objections to her leaving the base early while they were annihilating our lesser experienced team. The time when I expressed my opinion to a home plate umpire who got in the way of a throw to cost us a potential out.

Boy was it a learning year for ALL involved. I didn’t always give the game back in the heat of the moment, but I’d like to believe I tried my hardest throughout the year.

And here’s the kicker: This hodgepodge group of girls, the majority of whom I had never met prior to last summer, has made an infallible imprint on my life. 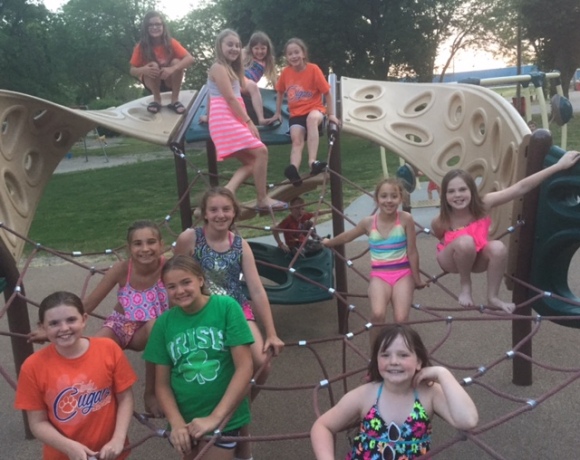 They believed they could do great things together…so they did.

I handed out certificates of recognition to each of them. I purposely chose to do that before the end of the season because I’m not always the best with goodbyes. These certificates encapsulated what I felt each girl brought to the team. I promised the parents in the form of a letter that I handed out at the beginning of the season that each girl would know, regardless of her natural talent and coordination levels, she has a vital role to play on this team.

Below is a listing of the descriptions on those certificates of recognition. My hope is that the girls will remember being called out in front of their peers and parents – not for something they fell short on, as unfortunately happens far too often in youth sports, but for something spectacular that they accomplished.

I am willing to put money on the fact that, even into their early adult years, many of these recognition descriptions will still ring true about their core personalities. I had the privilege of watching so many innate strengths come to life.

To the 2016-2017 Lady Cougar 10U softball team, all I can say is you helped me evolve as a person this year. You proved to me that very small bodies can do very big things when they put their minds to it. I love to watch you play.