Friday night was the kind of night that every baseball fan dreams about. After a brief bout of showers about 20 minutes prior to the 7:05 p.m. first pitch, the clouds parted and it was as if God declared, “Let there be light…and a gentle breeze…and a crack of the bat…and soft serve ice cream…and, finally, toss in a good-hearted heckler to top things off.”

Werner Park and the Omaha Storm Chasers did not disappoint. Despite the home team falling to the visiting New Orleans Baby Cakes 13-2, my daughter and I got to experience everything I hoped we would. 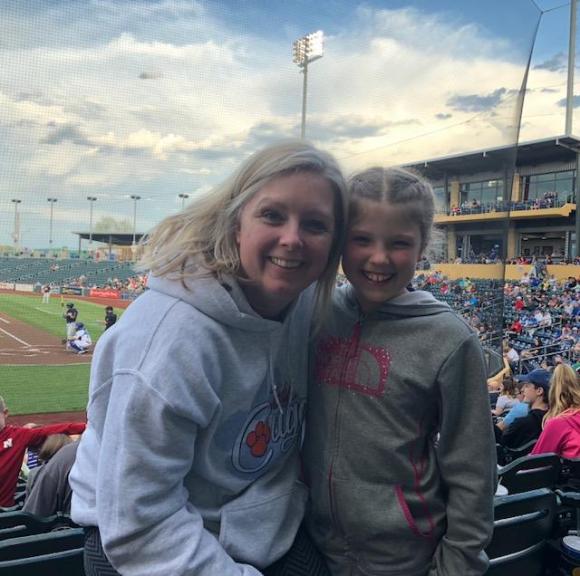 To start the night off, former MLB catcher and first basemen, Mike Sweeney, signed autographs and gave an interview that was broadcast for fans to watch on the stadium’s big screen during pregame warmups. Two things he said that really resonated with me:

“The world promises you comfort, but you were not made for comfort. You were made for greatness.”

What a wonderful statement for children and adults alike to hear from a Hall of Famer!

Secondly, he spoke about an unwritten rule that he has for the Little League players he coaches. If one of his players gets plunked by a pitch in a game, that player’s mom or dad needs to buy him ice cream. If that same player doesn’t cry after getting plunked, that ice cream better have toppings. If the parents don’t oblige by that rule within 24 hours, they aren’t allowed to come to the next game. (Incidentally, I have a rule that my softball girls will earn a pack of gum anytime they get hit by a pitch and don’t fuss about it. Glad to know I’m on the right track!)

Sweeney played his first 13 seasons in the Majors with the Kansas City Royals, so it was really cool to see him make a return visit to Werner Park, home of the club’s Triple-A Affiliate.

Speaking of Werner Park, what a place to be with a nine-year old kid! I could go on and on about all of the amenities the place has to offer, but let me just summarize everything by saying…I MADE IT 8.5 INNINGS BEFORE MY DAUGHTER WAS READY TO LEAVE!

Below are some highlights from the Centris Family Fun Zone, a special area of the park specially built for young fans. 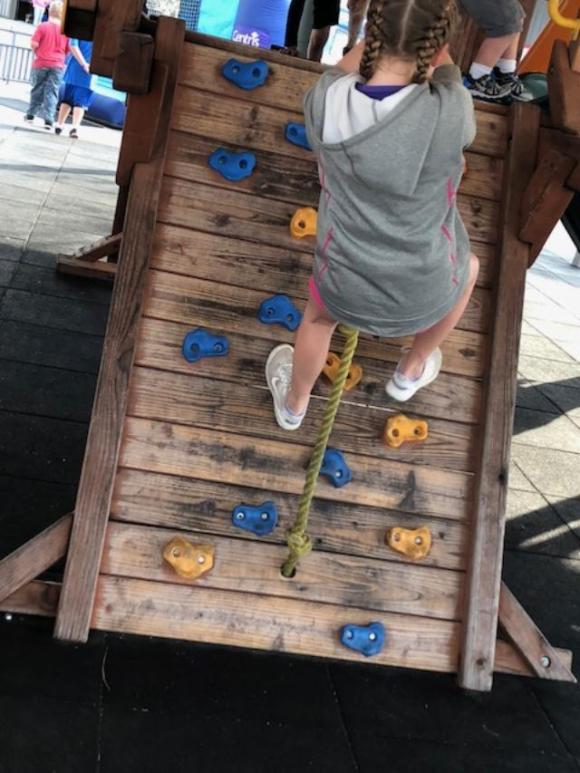 Needless to say, we’re looking forward to catching another game on May 25 versus Round Rock. And because the next game will be a Friday night home game, all fans will be able to watch the skies light up as part of a post-game fireworks show.

The Omaha Storm Chasers approached me and other mom bloggers to provide sponsored content to raise awareness of their organization. I would like to thank Marketing & Promotions Coordinator, Andrew Asbury, for giving me this opportunity.

2 responses to Girls of Summer: Part 2