The little girl who cried fever

First there was a sick husband.

Followed by a sicker son.

Not to be outdone by a delusional daughter.

My boy came down with strep throat. Hard.

Bad enough that he couldn’t muster up enough energy to laugh. That’s the worst kind of sick for a 10-year old boy.

Bad enough that his mom had a heart-to-heart with the after hours nurse, begging her to convince the on-call doctor to not make us return for the dreaded repeat office visit, but instead phone in a second antibiotic to replace the first one that wasn’t working.

Bad enough that there was more white than pink in the back of his swollen throat.

Bad enough that his 6-year old sister noticed the extra attention he was getting from mom and dad.

It was only a matter of time before that girl thought her throat might be hurting too. She begged to have her temperature taken and her tummy rubbed.

She felt the word her brother used, lightheaded. She didn’t need to know entirely what the word meant. She was convinced she had it…whatever it meant.

After 24 hours of listening to little sister complain of having the very real symptoms that were making him miserable, big brother looked at her and said, “Hey Jaycee. I have an app on my phone that I can use to scan your body to see if you’re really sick. Do you want me to try it out on you?”

With a poker face that Kenny Rogers himself would be proud of, she looked straight in his eyes and said, “Sure.”

She wasn’t ready to fold em.

Below is the patient photo he took before scanning her entire body.

Much to little sister’s shock and disbelief, this was the reading that came back on big brother’s phone.

After having cried fever so many times and convincing herself that she was, in fact, as ill and miserable as he was, she reacted the way any sensible 6-year old would. By flipping out.

Her brother decided to scan her body one final time and this second reading (a culture, if you will) finally revealed what she knew to be true. 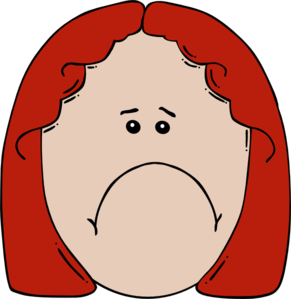 She was a little sick after all.

I ask that you continue to keep us in your thoughts.

3 responses to The little girl who cried fever